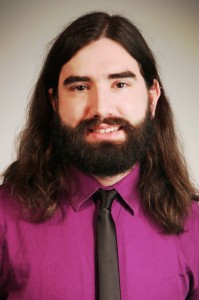 Nick strives to share stories that engage and educate audiences by combining two of his passions: social justice and documentary film.

Through his education and wide range of experiences, Nick brings a multi-faceted perspective to filmmaking. He earned his bachelor’s degree in Gender and Women’s Studies from the University of Illinois, has traveled to Greece and Japan, and has facilitated workshops on diversity and cross-cultural communication.

Now, having recently received his Master of Fine Arts in Documentary Film from the Documentary Film Program at Wake Forest University, Nick feels a calling to share the often unknown struggles and triumphs of marginalized communities such as women, people of color, and non-western people in order to inspire people to educate themselves about the lives and challenges of others.

Nick recognizes the essential role of craft in conveying a story and engaging an audience. Through his studies at the Documentary Film Program, he has expanded upon his experience working as a professional event photographer and his self-taught non-linear editing skills to include camera work as well as story-telling techniques.

Most recently, Nick created a short film entitled, “Outside the Circle,” which explores the problems surrounding diversity and inclusion at Wake Forest University and was used as part of a campus community dialogue to generate positive change.